This red brick Georgian country house stands on the ancient site of a Gilbertine priory founded in the reign of Henry III in the 13th Century by Robert de Fordham.  The priory building is said to have been destroyed by fire in 1419. Following the reformation, the monastery was dissolved in 1538.

By 1618 the manor had been acquired by Sir William Russell (Lord of Chippenham).   In 1652 it was settled on his third son Gerald Russell, MP for Cambridge.  In 1682, he was succeeded by his elder son William Russell who died in 1701, almost ruined by his extravagant living.  His widow, Elizabeth Cromwell, was obliged to sell the estate in 1711 to Admiral Sir Charles Wagner.

In 1710 Admiral Sir Charles Wagner, enriched by Spanish prizes built a large Baroque mansion in a style recalling that of Thomas Archer, on the site which is depicted in paintings on panelling in the house.

By 1722 he had sold the estate to Edward Harrison, who sold sold it to William Metcalfe in 1730.

The house was thought to have been finished or altered by William Metcalfe in 1760.

Materials from this earlier house, such as bricks, were reused and constructed instead was a simple classical Georgian villa with symmetrical appearance. 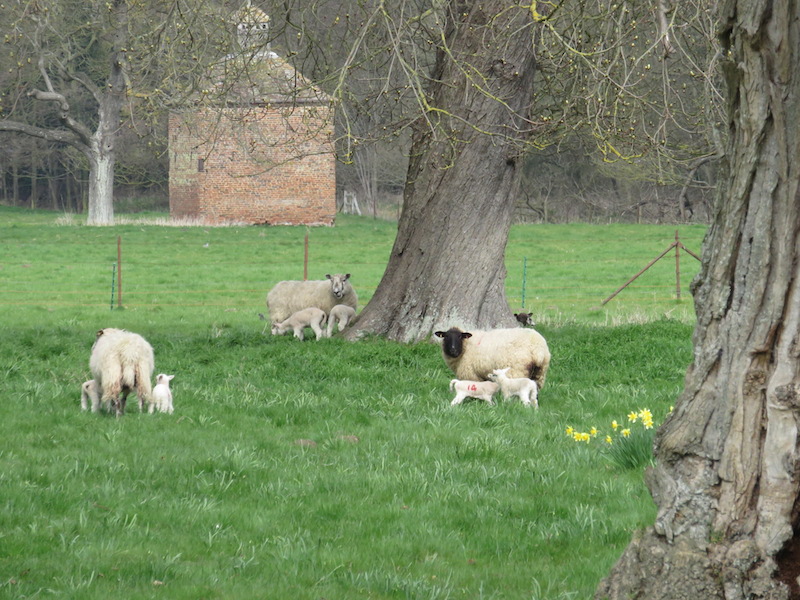 James Metcalfe (William’s son) quitted the Abbey for Bath in 1786 and sold the estate to James Francis Noble in 1790.

Francis Noble dismantled the baroque mansion house, probably in 1796 and sold many of the original features and materials.

He then built a smaller and simpler red brick house using the bricks from the original house between 1790 – 1807.

The original baroque panelling was transferred, along with the wide staircase.

In 1808 the re-built house was sold to William Dunn Gardener.

In 1933 the house was sold to Major Thirlwall Philipson.

In 1957 the house was sold to R.M Smith who renovated the house and added the single storey kitchen extension at the rear. 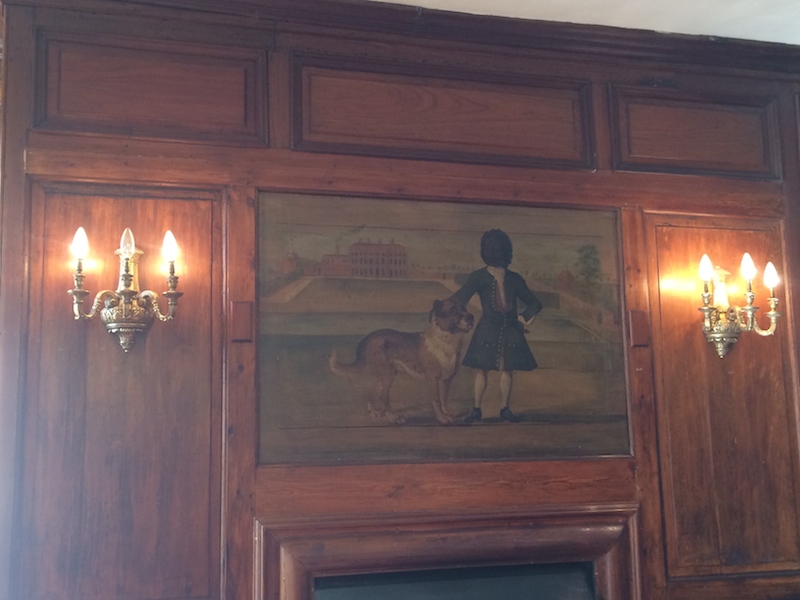 Painting above the fireplace in the hall 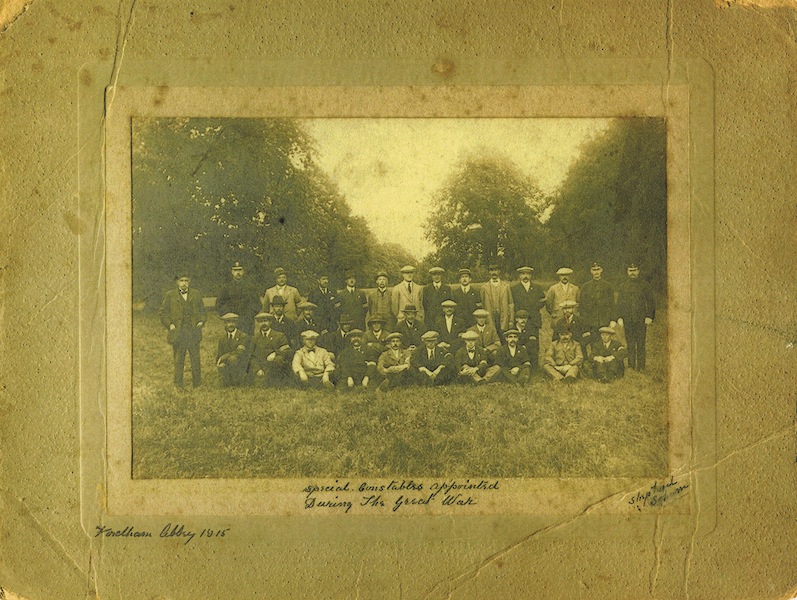 Fordham Abbey during the World War I